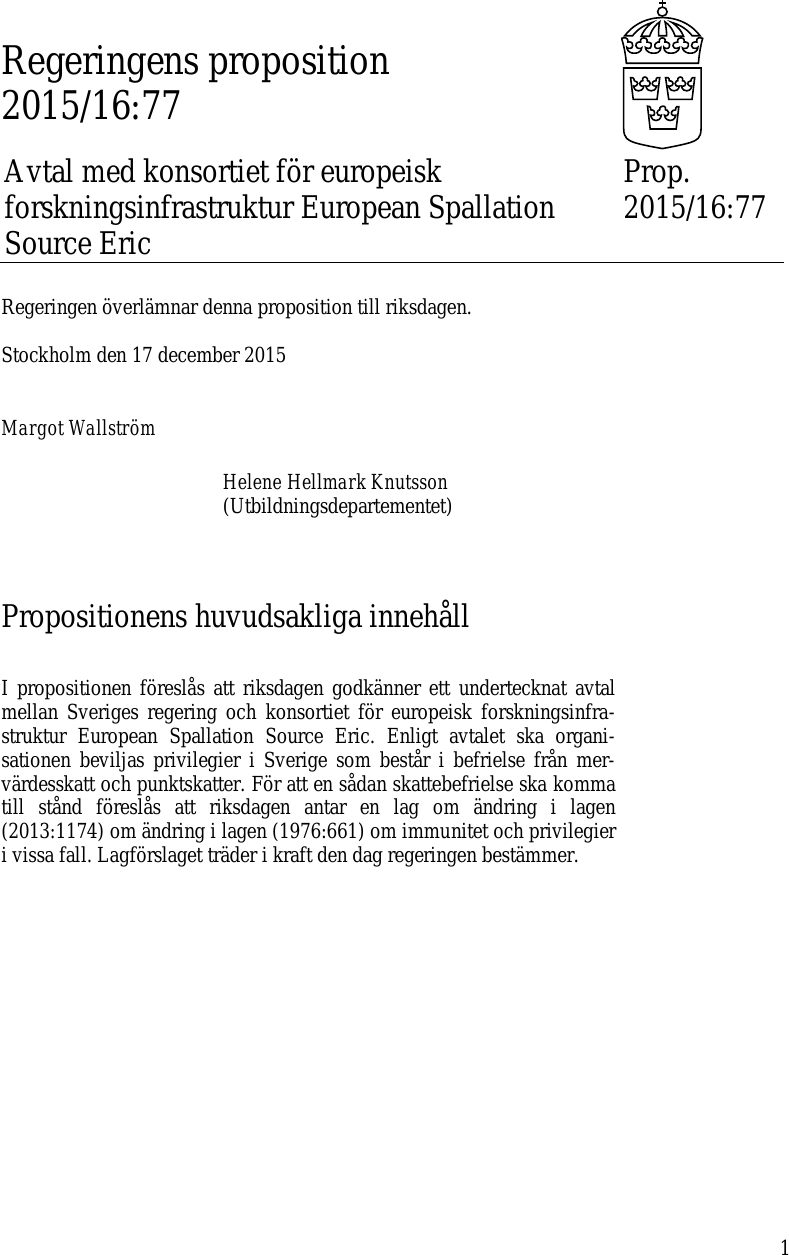 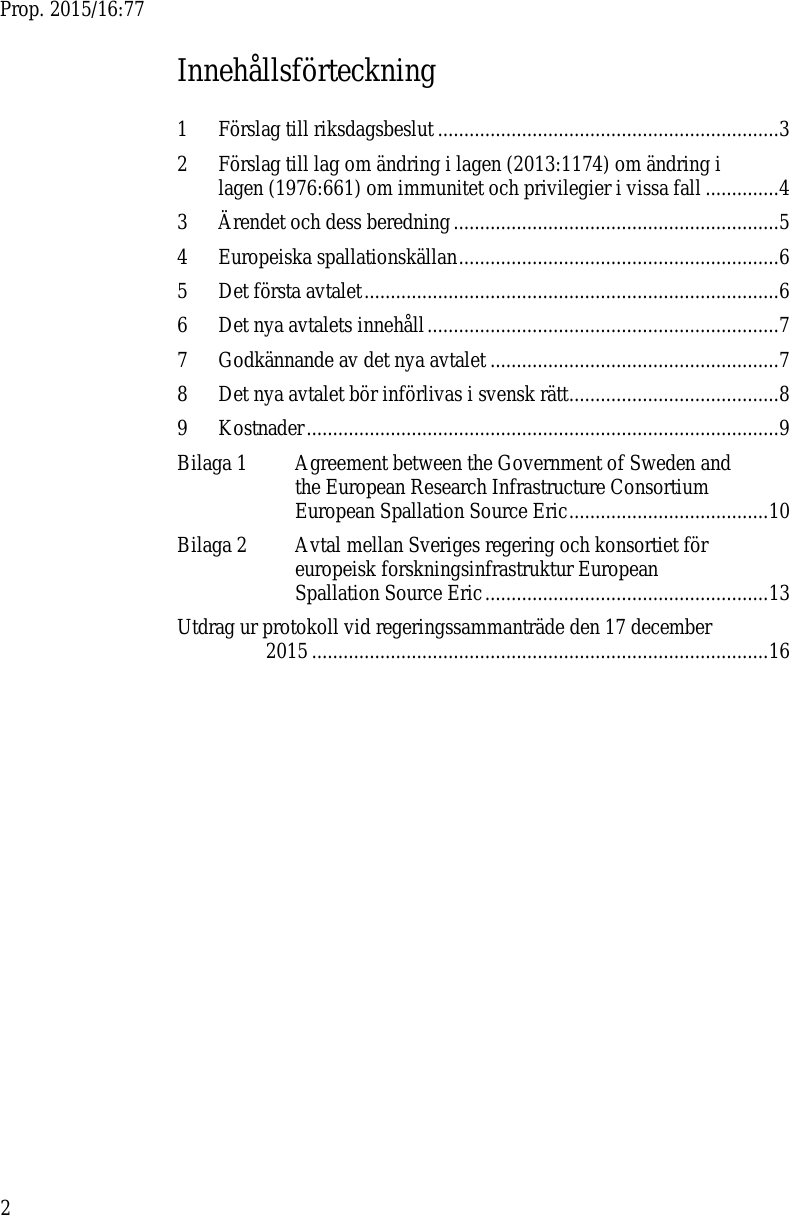 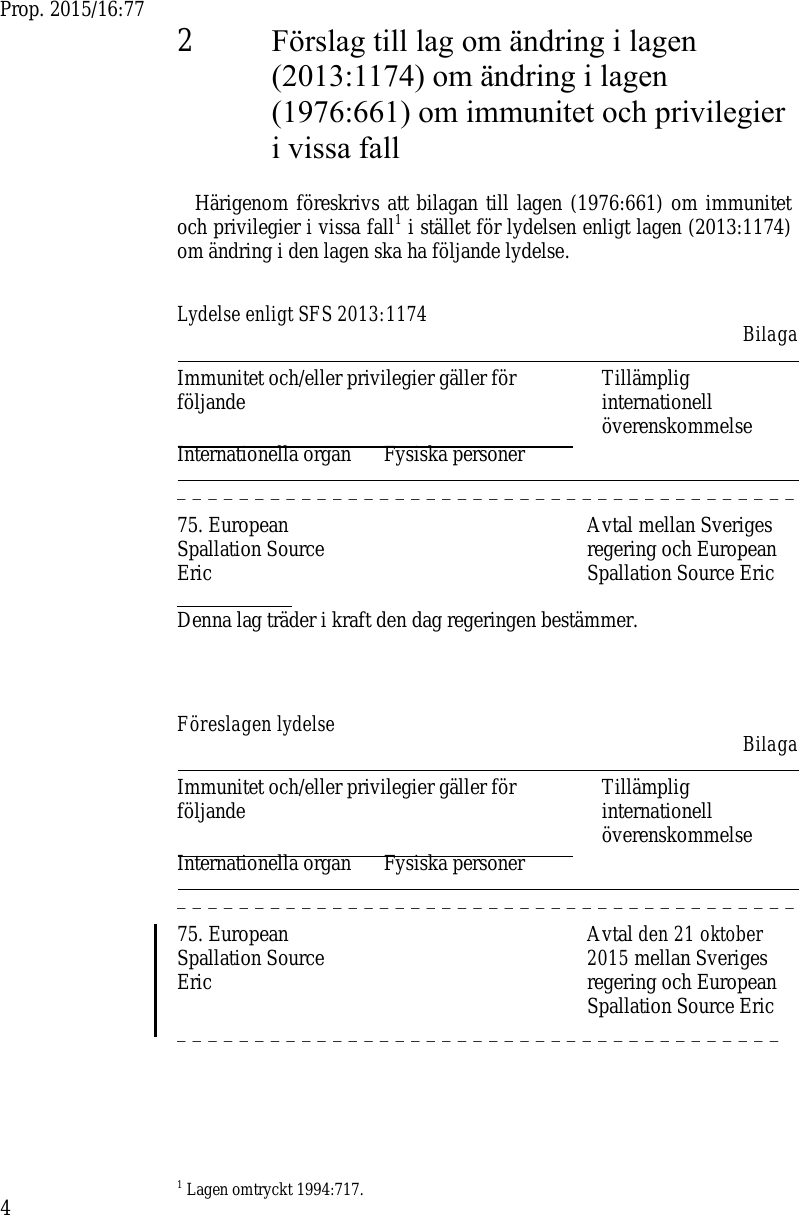 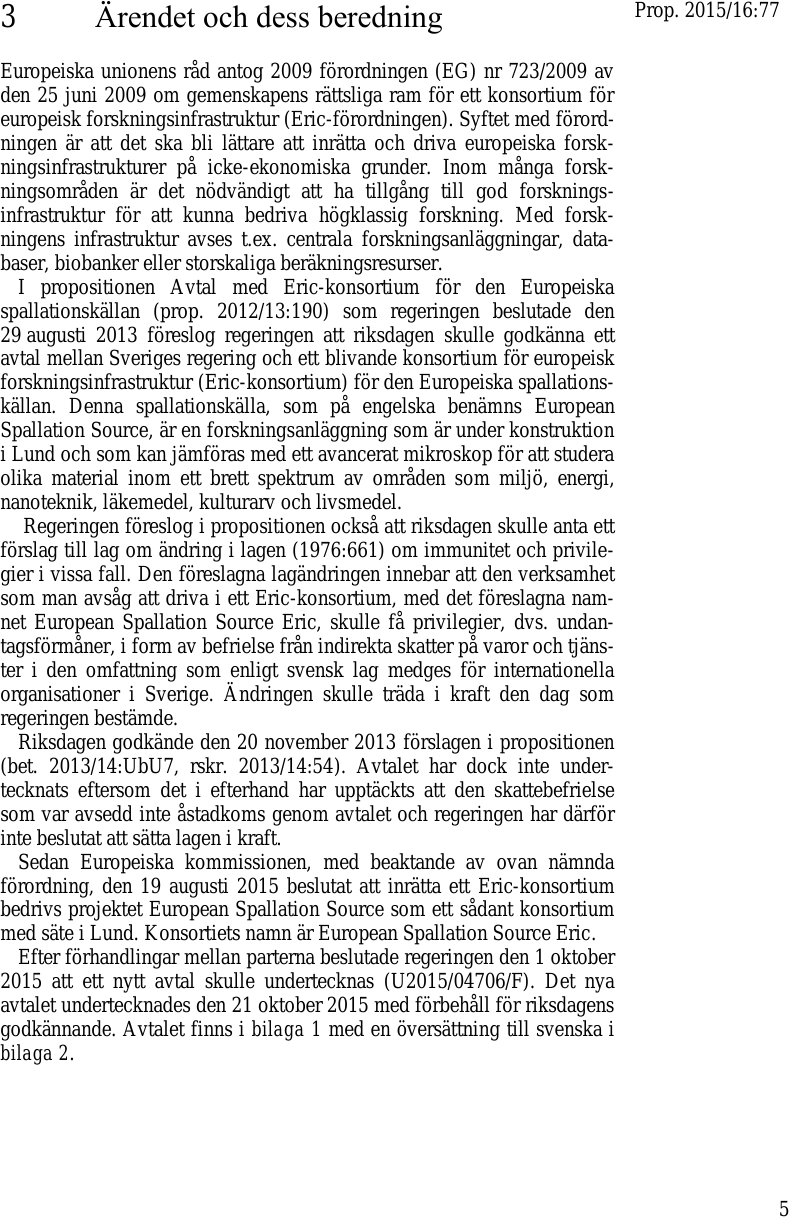 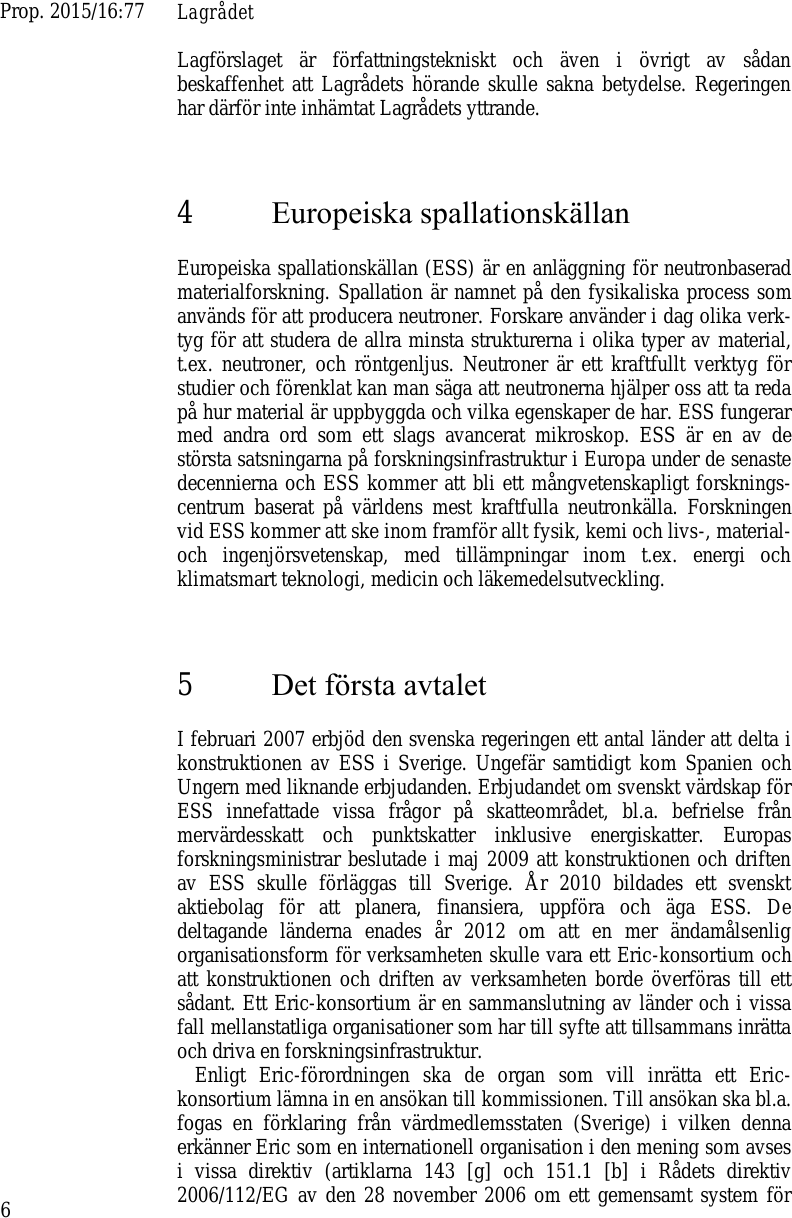 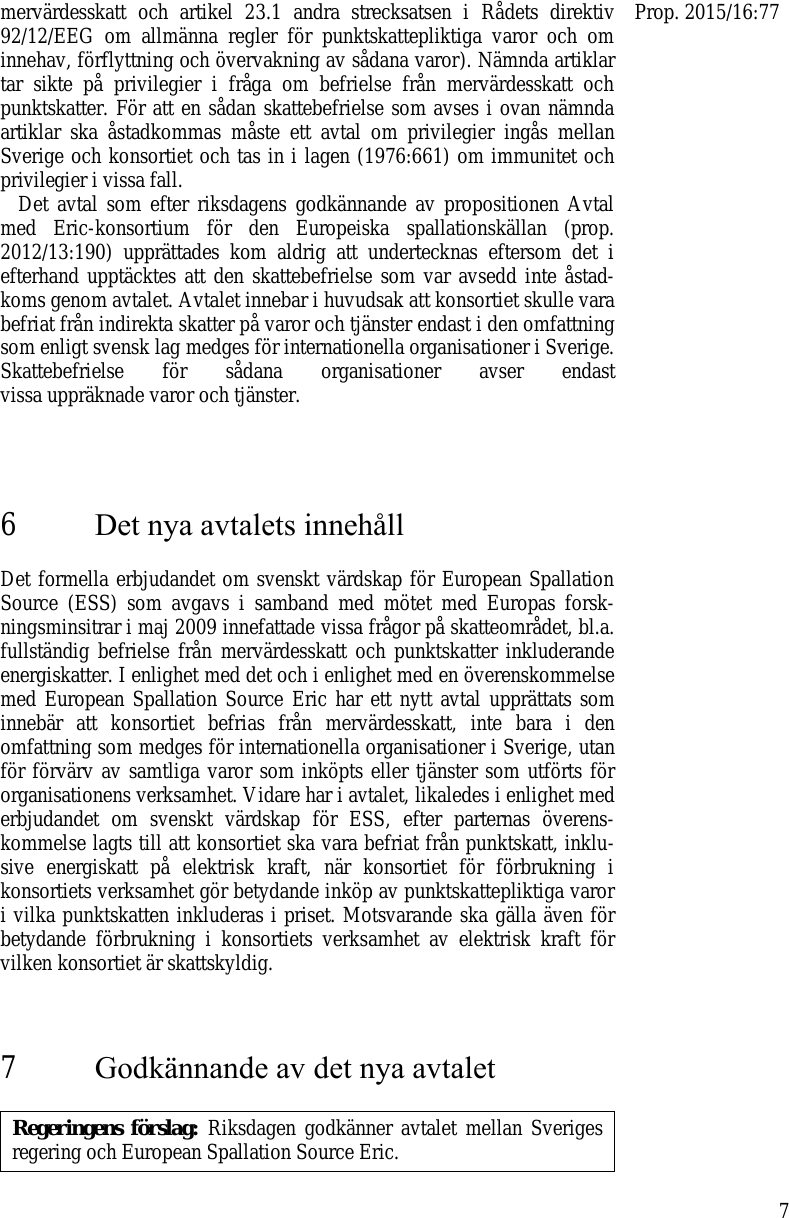 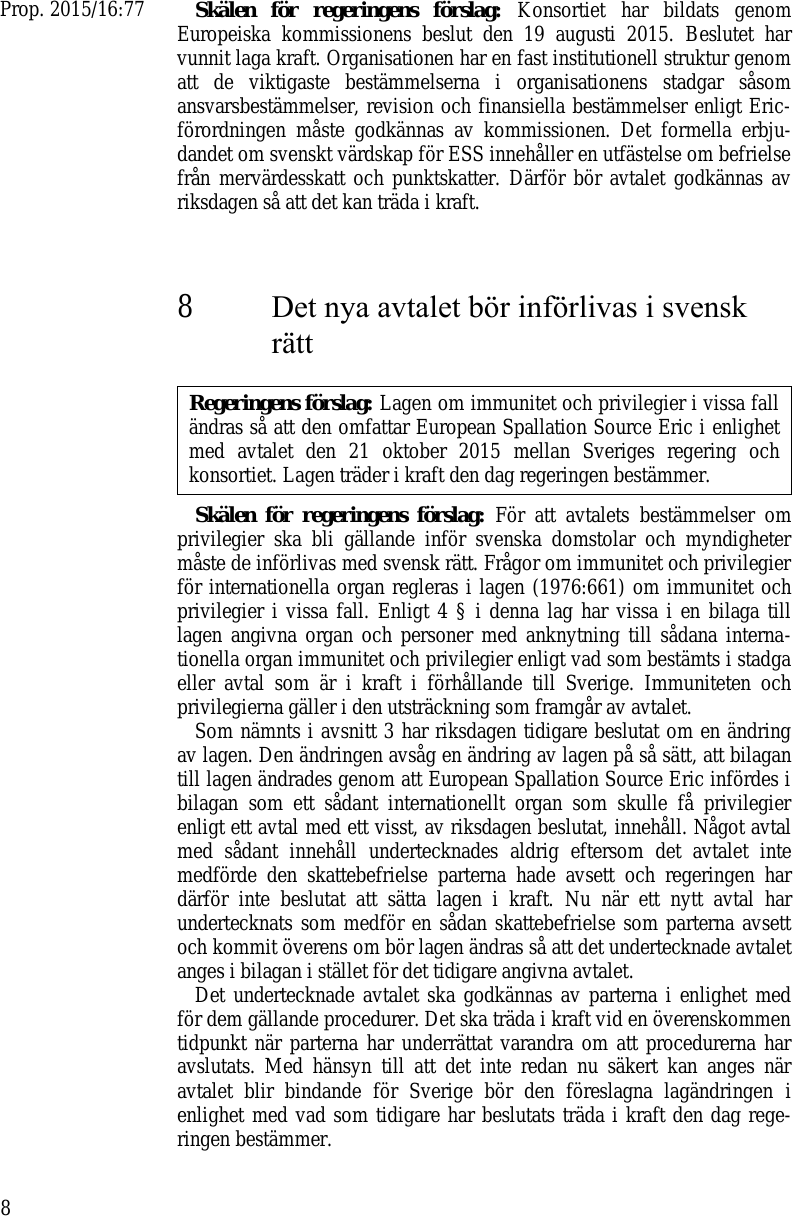 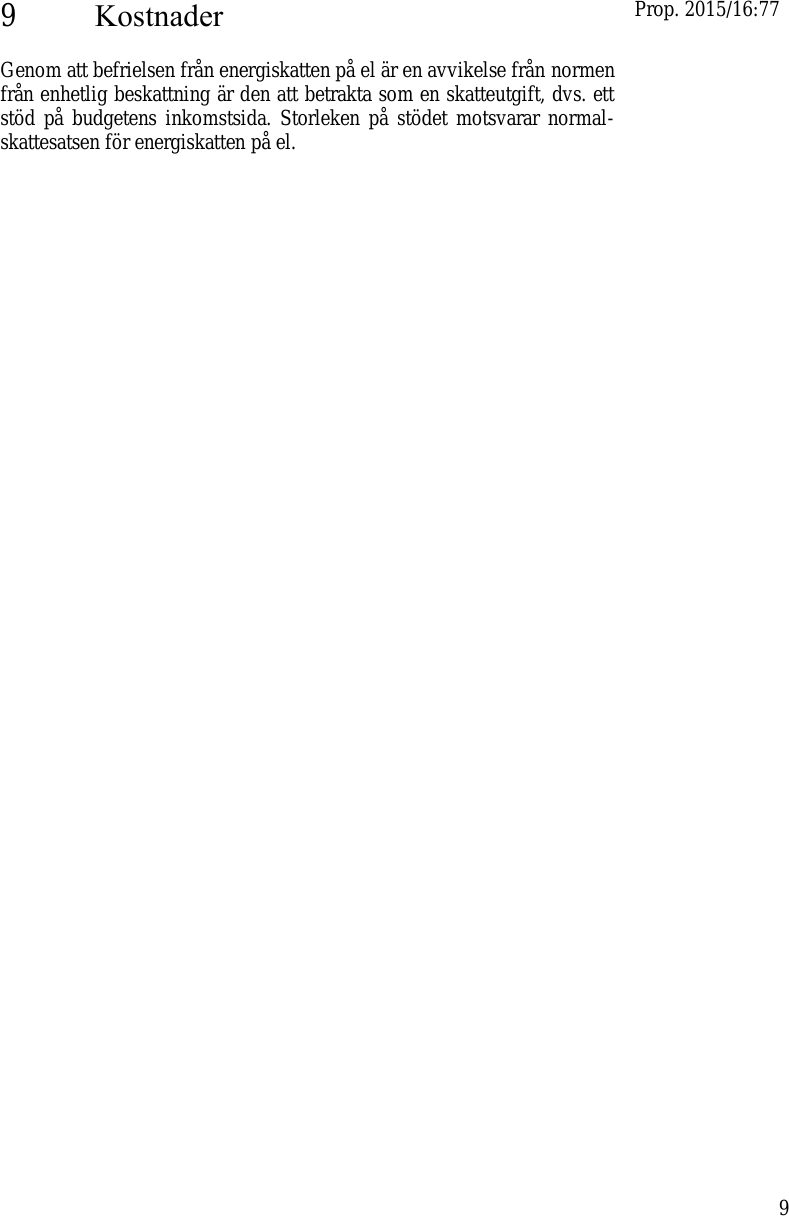 having regard to the decision at the meeting of the research ministers’of the European Union on 28 May 2009 that the construction and operation of the European Spallation Source shall be located in Sweden,

having regard to Council Regulation (EC) No 723/2009 of 25 June 2009 on the Community legal framework for a European Research Infrastructure Consortium (ERIC) through which the Consortium shall be set up (hereinafter referred to as ’the Regulation’),

having regard to Article 5.1 (d) of the Regulation that states that the entities applying for the setting-up of an ERIC shall submit an application to the Commission that includes a declaration by the host Member State recognising the ERIC as an international body in the sense of Articles 143(g) and 151(1)(b) of Directive 2006/112/EC and as an international organisation in the sense of the second indent of Article 23.1 of Directive 92/12/EEC, as of its setting up,

having regard to Article 7 of the Regulation that states

1. that an ERIC shall have legal personality as from the date on which the decision setting up the ERIC takes effect,

2. that an ERIC shall have in each Member State the most extensive legal capacity accorded to legal entities under the 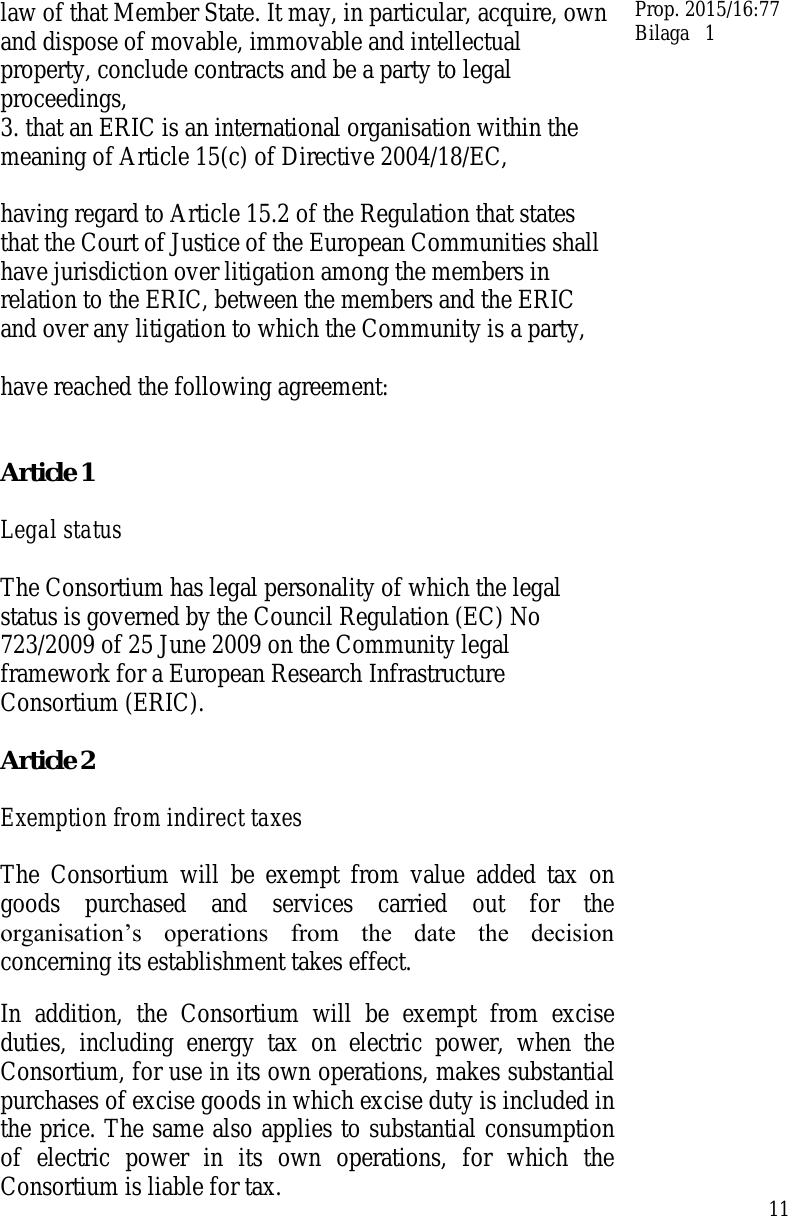 law of that Member State. It may, in particular, acquire, own and dispose of movable, immovable and intellectual property, conclude contracts and be a party to legal proceedings,

3. that an ERIC is an international organisation within the meaning of Article 15(c) of Directive 2004/18/EC,

having regard to Article 15.2 of the Regulation that states that the Court of Justice of the European Communities shall have jurisdiction over litigation among the members in relation to the ERIC, between the members and the ERIC and over any litigation to which the Community is a party,

have reached the following agreement:

The Consortium has legal personality of which the legal status is governed by the Council Regulation (EC) No 723/2009 of 25 June 2009 on the Community legal framework for a European Research Infrastructure Consortium (ERIC).

The Consortium will be exempt from value added tax on goods purchased and services carried out for the organisation’s operations from the date the decision concerning its establishment takes effect. 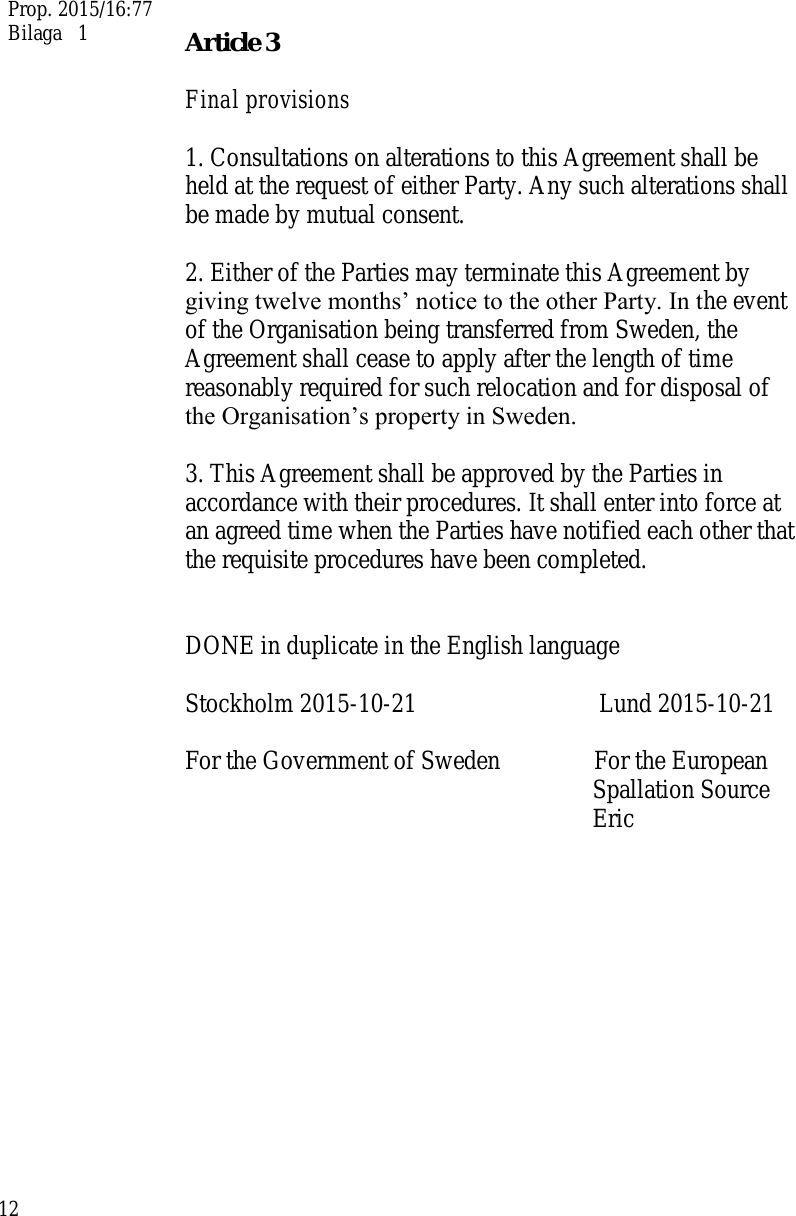 1. Consultations on alterations to this Agreement shall be held at the request of either Party. Any such alterations shall be made by mutual consent.

2. Either of the Parties may terminate this Agreement by giving twelve months’ notice to the other Party. In the event of the Organisation being transferred from Sweden, the Agreement shall cease to apply after the length of time reasonably required for such relocation and for disposal of the Organisation’s property in Sweden.

3. This Agreement shall be approved by the Parties in accordance with their procedures. It shall enter into force at an agreed time when the Parties have notified each other that the requisite procedures have been completed.

DONE in duplicate in the English language

For the Government of Sweden For the European 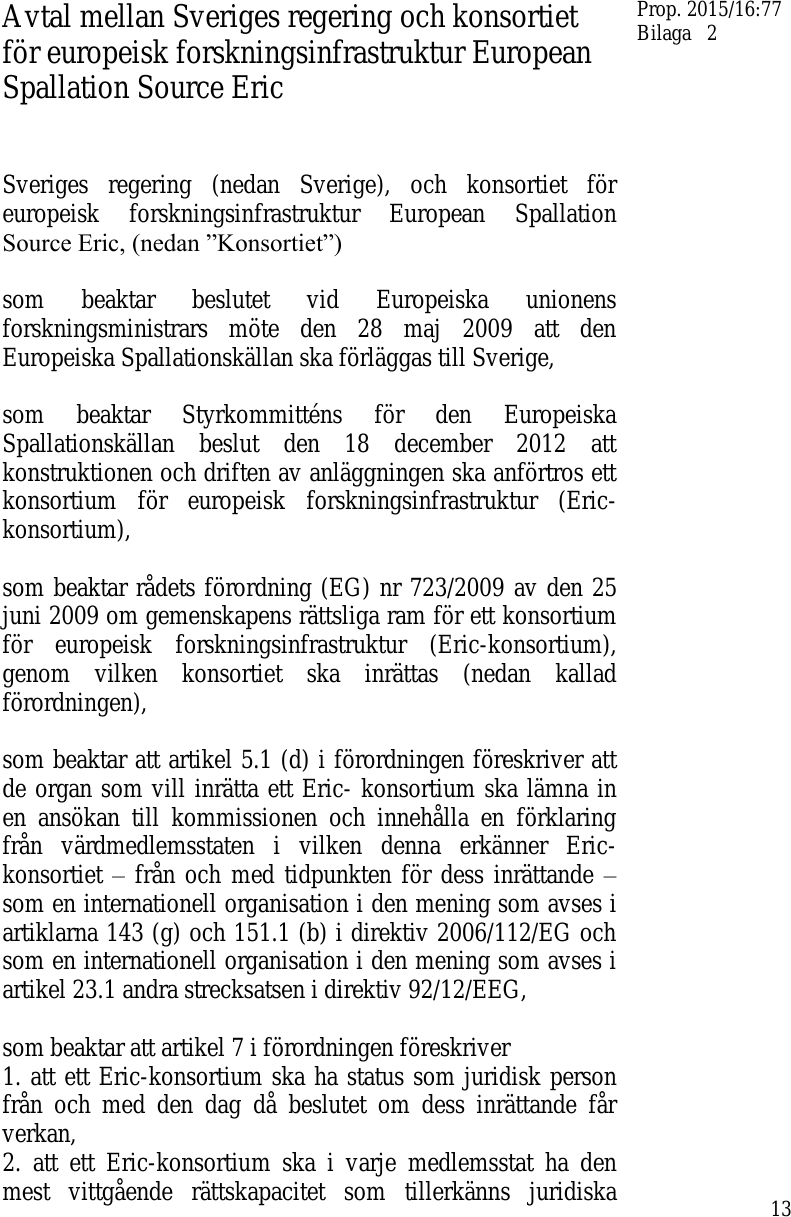 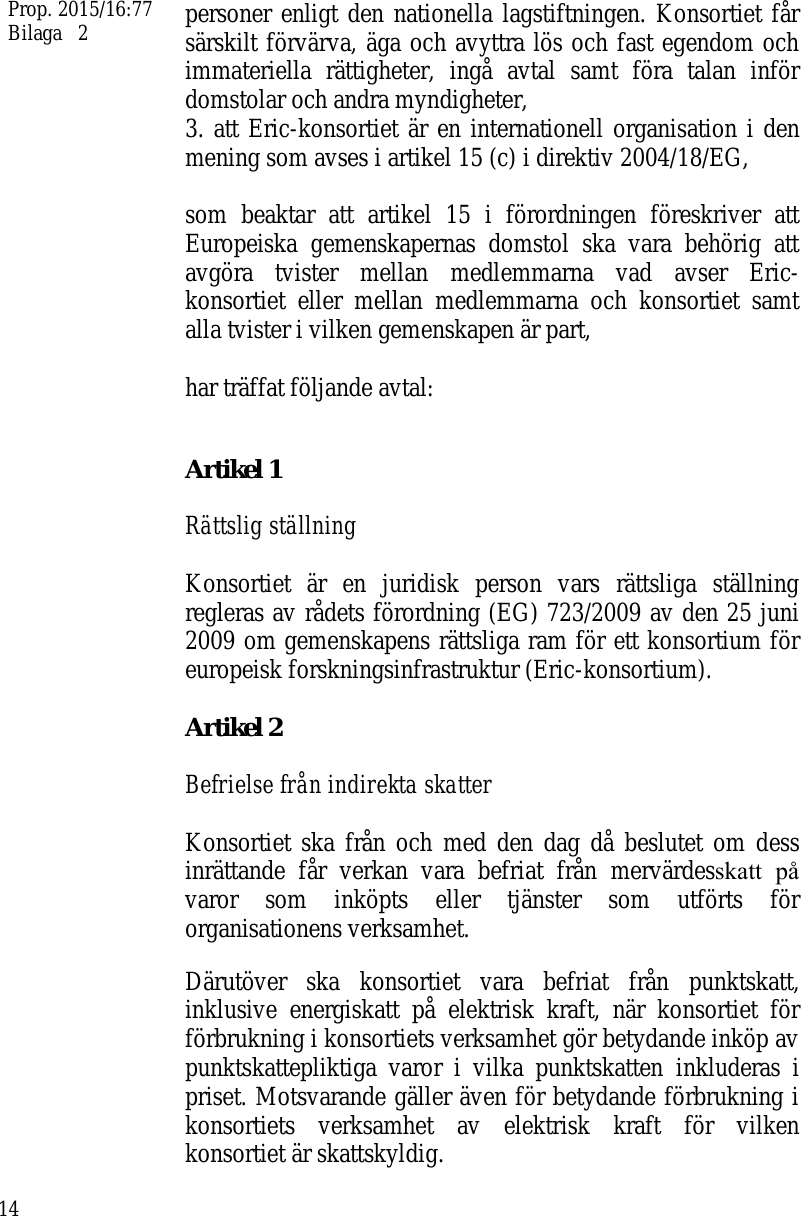 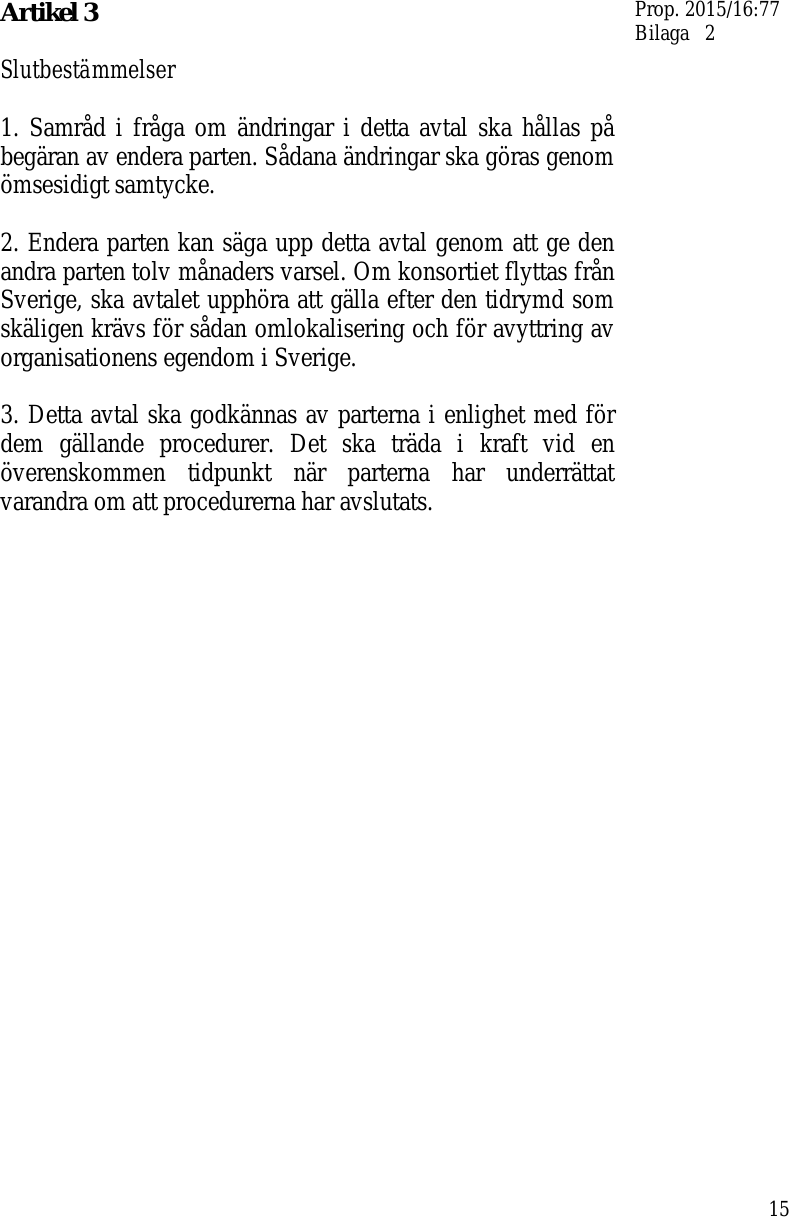